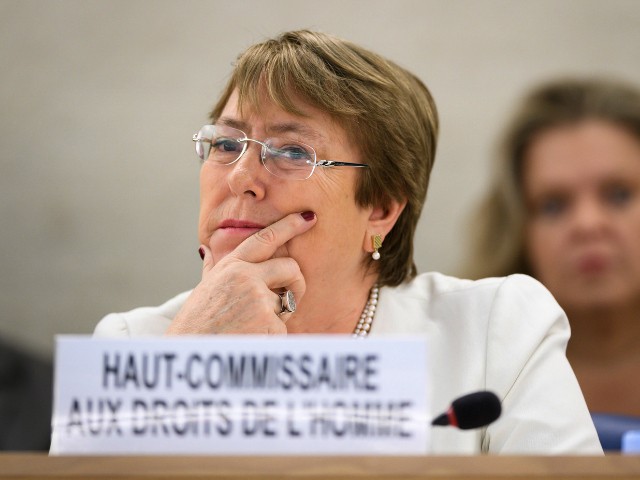 The U.N. human rights chief on Monday called on the world to immediately dismantle systemic racism against people of African descent and “make amends” to the oppressed — including reparation payments, while groups like Black Lives Matter should receive “funding, public recognition and support.”

Michelle Bachelet claimed the dehumanisation of people on racial grounds had fed a culture of tolerance for discrimination and violence, declaring the time has come to end the practice.

The United Nations High Commissioner for Human Rights set out a four-point agenda for change on racial justice and equality, and urged states to implement it without delay.

Former Chilean Socialist president Bachelet’s recommendations include reparations for historical racism, as well as state funding for groups like Black Lives Matter, as a starting point to tackle an issue she said knows no bounds or borders.

Her report also identifies a “long-overdue need to confront the legacies of enslavement, the transatlantic trade in enslaved Africans and colonialism, and to seek reparatory justice.”

“The status quo is untenable,” said Bachelet, who presented her 23-page report to the U.N. Human Rights Council.

“Systemic racism needs a systemic response” to dismantle centuries of entrenched discrimination and violence, she said.

“We need a transformative approach that tackles the interconnected areas that drive racism, and lead to repeated, wholly avoidable tragedies like the death of George Floyd.”

The voices of black people and anti-racism activists must be heard and their concerns acted upon, said the report.

This should include ensuring representation at every level in state institutions, including law enforcement, criminal justice and policy-making, it warned.

The report comes three days after former Minneapolis policeman Derek Chauvin was sentenced to 22 and a half years in prison over the death of George Floyd in May 2020, as Breitbart News reported.

The conclusions of the U.N. study came from interviews with more than 340 people — mostly of African descent — and experts; more than 100 contributions in writing, including from governments; and review of public material, the rights office said.

Michelle Obama says she fears for her daughters “every time they get in a car” due to racism. “I worry about what assumption is being made by somebody who doesn’t know everything about them.” https://t.co/z67ODo0QAE

“We could not find a single example of a state that has fully reckoned with the past or comprehensively accounted for the impacts of the lives of people of African descent today,” Mona Rishmawi, who leads a unit on non-discrimination at the U.N. human rights office, told a news conference. “Our message, therefore, is that this situation is untenable.”

Compensation should be considered at the “collective and the individual level,” she said, while adding that any such process “starts with acknowledgment” of past wrongs and “it’s not one-size-fits-all.”

She said countries must look at their own pasts and practices to assess how to proceed.

The U.N. report and recommendations can be read in full here.

AP, AFP contributed to this report