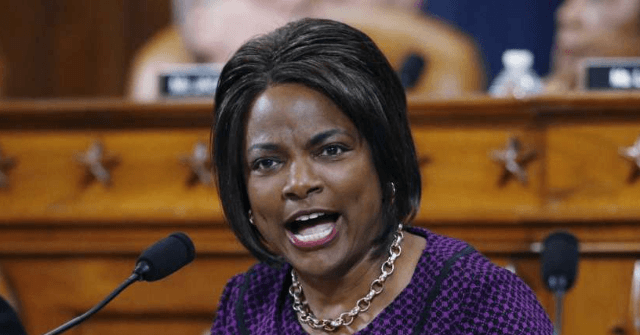 Politico and NBC News confirmed Demings’s intention to enter the race Tuesday morning, apparently deciding to avoid a race against Gov. Ron DeSantis (R-FL), who currently has an approval rating of 55 percent.

Democrats are excited about Demings’s decision. While in the House she served as an impeachment manager of former President Donald Trump. She previously served as Orlando’s police chief. Demings’s husband, Jerry Demings (D), is the Mayor of Orange County, which encases Orlando.

CONFIRMED: @RepValDemings is strongly considering a Senate run. “Val is an impressive and formidable candidate, whose potential entrance would make the race against Rubio highly competitive,” a national Democrat with knowledge of the party’s strategy on Senate races tells me.

Rep. Val Demings is the candidate Marco Rubio has to fear the most because she herself is FEARLESS.

Happy Tuesday to everyone who is THRILLED that Val Demings decided to thrash Marco Rubio and take his Senate seat in 2022.😃

But before Demings can challenge Rubio, she must win the Democrat primary race. Rep. Stephanie Murphy (D-FL) surfaced Tuesday as a potential challenger to Demings.

Murphy, like Demings before today, faces a Florida State Republican-controlled redistricting effort this fall, potentially forcing her to seek higher office to avoid an intense contest for her seat.