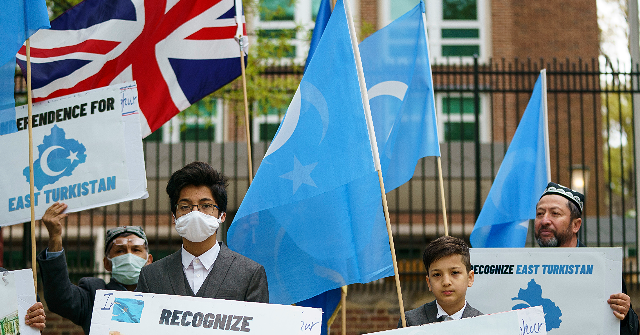 Dozens of Muslim-majority countries worldwide have cooperated with Chinese government authorities in recent years to deport ethnic Uyghurs back to China, thereby demonstrating their complicity in China’s “use of transnational repression” against the mainly Muslim group, according to a new report published by the Oxus Society for Central Asian Affairs and the Uyghur Human Rights Project (UHRP) on Thursday.

“Our data finds instances of at least 28 countries across the world complicit in China’s harassment and intimidation of Uyghurs, most notably in much of the Middle East and North Africa with 647 cases, and in South Asia with 665 cases,” the report, titled No Space Left to Run: China’s Transnational Repression of Uyghurs, stated.”The dataset contains 1,151 cases of Uyghurs being detained in their host country and 395 cases of Uyghurs being deported, extradited, or rendered back to China.”

“In the first stage of China’s evolving system of transnational repression, from 1997 to 2007, a total of 89 Uyghurs from 9 countries, mostly in South and Central Asia, were detained or sent to China,” according to the report’s authors. “In the second phase (2008-2013), 130 individuals from 15 countries were repressed. In the ongoing third phase (2014 to the end of our data collection in March 2021), a total of 1,327 individuals were detained or rendered from 20 countries.”

Specific Muslim-majority countries implicated in the report include Kyrgyzstan, Pakistan, and Egypt.

“In May 2017, China’s government issued orders to Uyghurs studying in Egypt to return to the Uyghur Region. While some students refused and were later arrested by the Egyptian government, others willingly returned and were subsequently arrested,” according to the report.

“In the winter of 2017, 54 students and professors from numerous Kyrgyz universities travelled to the XUAR [Xinjiang Uygur Autonomous Region, China’s official name for Xinjiang] from Kyrgyzstan for the winter holidays [sic],” the report’s authors continue. “All 54 were unable to return due to imprisonment or confinement, with at least 20 expelled from Kyrgyz National University for not paying their tuition or not completing their coursework, due to their inability to return to Kyrgyzstan.”

Foreign governments — including that of the United States, along with several human rights organizations — accuse China’s ruling Communist Party of attempting to perpetrate a genocide of Uyghurs in recent years by forcefully detaining 1-3 million members of the Turkic-speaking, mainly Sunni Muslim group in detention camps in the western Chinese region of Xinjiang since 2017.

The Chinese Communist Party (CCP) also targets other mainly Sunni Muslim ethnic groups in Xinjiang, such as Kazakhs and Kyrgyz people, for extralegal detention in the camps. Survivors and ex-employees of the detention facilities say they suffered or witnessed slave labor conditions, forced political indoctrination, physical and sexual abuse, torture, forced sterilizations, and forced abortions at the camps.

No Space Left to Run […]’s authors include researchers from UHRP, established in 2004 with a grant from the National Endowment for Democracy, a U.S. government agency, and became a non-profit organization in 2016. The report’s other collaborators include members of the Oxus Society for Central Asian Affairs, which is a non-profit research organization based in Washington, D.C.