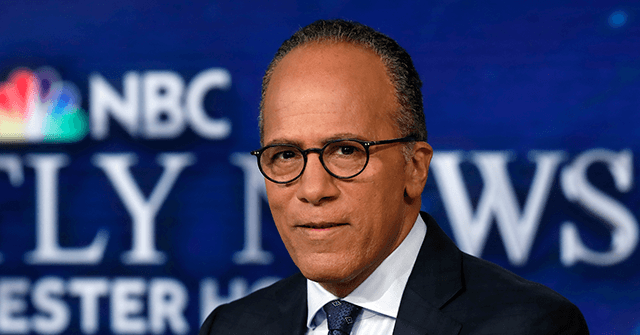 Far-left NBC News has once again been caught deceptively and dishonestly editing a 911 call to gin up racial tensions. Only this time, the racial arsonists took things a step further by also deceptively editing body-cam footage.

The unedited audio and video of the 911 call and police shooting of a 16-year-old girl in Columbus, Ohio, makes two things clear: 1) the 911 call is from a terrified female desperate for help in a situation where someone is trying to stab someone else, and 2) the officer shot a 16-year-old black girl wielding a knife and who looked to be about a half-second away from plunging it into another young woman.

Normally, I am pretty careful about announcing guilt or innocence in these situations, and while other facts might yet come out, the 911 call and the video seem to me to be the very definition of a righteous police shooting, of a police officer using deadly force to save another person’s life.

In this case, a white police officer shot a young black woman to save the life of another young, black woman.

Naturally, just like these fraudsters did with George Zimmerman’s 911 call eight years ago, NBC News has once again been caught maliciously and deceptively editing the Columbus 911 call and video to remove the desperate report of a stabbing and the near-stabbing just before the shooting.

Here is what is believed to be the original and unedited audio and video. CONTENT WARNING: Very graphic:

Here is what the racial arsonists at NBC News tried to get away with:

In their report on the officer-involved shooting in Columbus, Ohio, NBC Nightly News deceptively edited the 911 call to leave out the part where the caller says a girl was “trying to stab us.” They also don't show viewers the knife in the attacker's hand just before the shots. pic.twitter.com/r5uXD1qDb1

As Newsbusters reported, this fakery allowed NBC to pretend the only report of a knife came from the police [emphasis original]:

And whenever the subject of Bryant wielding a knife was broached, it was framed as something that was purported by police. “Just before yesterday’s verdict a police officer shot and killed a 16-year-old black girl in Columbus, Ohio, saying she was threatening others with a knife,” announced anchor Lester Holt.

“Police bodycam video shows Ma’khia Bryant’s final moments. When a Columbus, Ohio police officer responding to a call gets out of his car and, seconds later, fatally shoots the 16-year-old girl,” reported Tibbles. “Authorities say Bryant was threatening two other girls with a knife.”

So why would correspondent Kevin Tibbles, anchor Lester Holt, and NBC News broadcast something so transparently manipulative, inciting, and dishonest?

The answer is obvious: They want to start another wave of race riots; they want to see more Democrat-run neighborhoods burn to the ground.

There is no other rational answer.

A responsible news outlet that does not wish to see Blue Cities burned, looted, and razed by the Democrat party’s shock troops in Black Lives Matter and Antifa would use the video and 911 call –would use The Truth — as a call to calm things down, to ease tensions, to bring the national temperature down.

But NBC is not a responsible news outlet. Rather, it is a craven, cruel, and proudly dishonest news outlet desperate to give the Democrat party the riots they so desperately need to push their racialist agenda.

And as I mentioned above, this is not the first time NBC has been caught deliberately editing a 911 call to stir up racial hatred and division. Back in 2013, NBC maliciously edited George Zimmerman’s 911 call to smear him as a racist.

America’s Democrats and media monsters will not be happy until every city populated with and governed by Democrats is a smoldering pile of rubble.

Should I quit college to become a cop?

Should I quit college to become a cop?