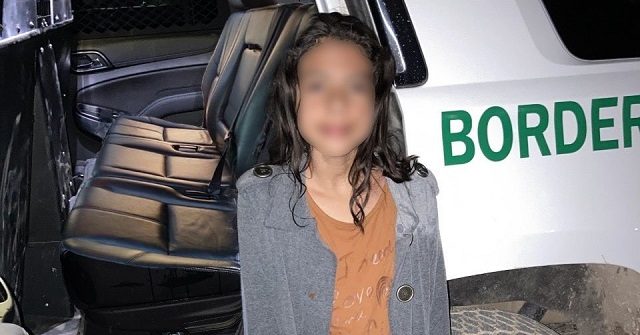 Laredo Sector Border Patrol agents reported the rescue of an unaccompanied migrant child abandoned in the Rio Grande by human smugglers. The child began to struggle in the river after the group fled back to Mexico when a soldier observed the crossing.

A U.S. Army soldier assigned to support U.S. Customs and Border Protection observed a group of migrants attempting to cross the Rio Grande during the evening of April 19, according to information received from Laredo Sector Border Patrol officials. The soldier reached into the river and helped pull the young girl onto the U.S. riverbank.

This dangerous situation could have had a deadly outcome. Smugglers abandoned an noncitizen unaccompanied child in the Rio Grande River as they fled back to Mexico. https://t.co/DyntGJwtff pic.twitter.com/SqYrhUhRy4

Border Patrol agents arrived and identified the little girl as a Salvadoran national. They conducted a medical screening and determined the child needed no further medical attention. Officials turned the child over to the U.S. Department of Health and Human Services.

Officials said this is the second time this year that soldiers supporting the U.S. border mission helped save a life in the Rio Grande. The river provides dangerous challenges to border crossers due to swiftly moving waters.

“It is frustrating to me as a parent to see a young child left by smugglers to fend for herself in the swift currents of the Rio Grande River,” Chief Patrol Agent Matthew J. Hudak said in a written statement. “With the aid of technology, the smuggling attempt was detected and a U.S. Army soldier supporting our agents was able to quickly get to the lone child and pull her out of the water to safety.”

The soldier is under the direction of the U.S. Army North U.S. Northern Command.

“The Department of Defense (DOD) has a long history of supporting efforts to secure U.S. borders,” Laredo Sector officials stated. “U.S. Northern Command, through Army North, continues to work closely with the Department of Homeland Security and CBP to ensure the safety and security of our Nation’s borders through counterdrug operations, counter transnational organized crime efforts, and other transnational threats.”

Trader Joe's ditches mask mandate; Walmart, Target, and others keep it for now