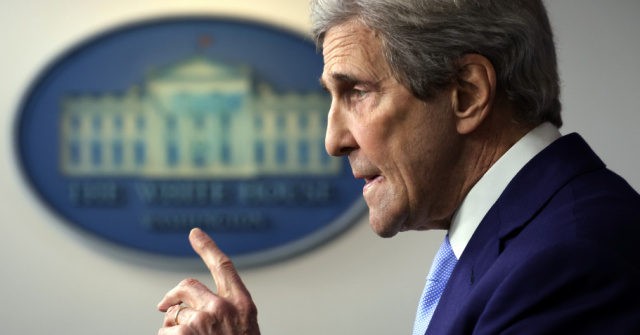 “That’s where a lot of the younger generation is today,” he said. “Appropriately, pretty upset at the adults, the alleged adults who are not getting their act together.”

Bastida listed a series of demands from government leaders.

“The climate crisis is the result of those perpetuating and upholding the harmful systems of colonialism, oppression, capitalism, and market-oriented green-washed solutions,” she said.

“You need to accept that the era of fossil fuels is over,” she said, demanding the end of “systematically targeting the global south” through “environmental plunder.”

Kerry was asked about Bastida’s criticisms, but he only offered praise for her speech.

“Well let me just say to you that uh.. uh… that I loved her passion and I love what she said,” he said.

He said he did not agree with everything she said but sympathized with her anger.

“[Y]ou are darn right they are angry and I share that anger,” he said.