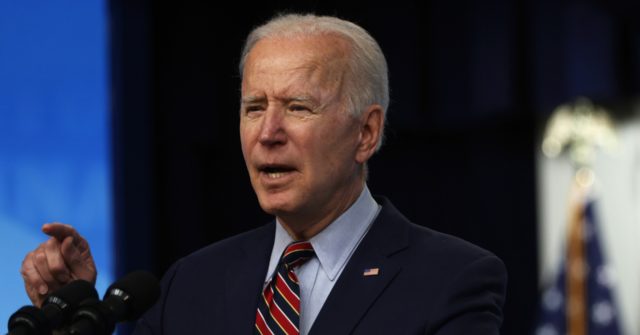 “In recent years, climate change has upended the lives of millions of Americans,” Biden said in his April 22 proclamation of Earth Day 2021.

The president cites examples of record cold weather in Texas, wildfires in the American West, hurricanes and tropical storms on the Gulf and East Coasts, and floods and windstorms in the Midwest as evidence that a climate crisis is pummeling the nation.

Moreover, it is “Black, Latino, Indigenous, and other communities of color” who “continue to be hit hardest by the impacts of climate change,” he insists.

Curiously, Mr. Biden then performs a little bait-and-switch, changing the topic to pollution, a completely different phenomenon from climate change.

Communities of color “bear the highest burden of pollution, face higher rates of heart and lung disease, are least likely to have safe drinking water in their homes, and suffer increased risk of death from COVID-19,” he states.

“We have an obligation to correct these historic wrongs and to build a future where all people have clean air to breathe, clean water to drink, healthy communities in which they can live, work, and learn, and a meaningful voice in their future,” he asserts.

The president goes on to tout his “ambitious climate agenda,” which will somehow “create millions of good-paying union jobs” and “ensure our economic competitiveness,” all while cutting greenhouse gas emissions in half by 2030.

Meanwhile, in an article Thursday in the Telegraph newspaper, Bjørn Lomborg, President of the Copenhagen Consensus Center, writes that “Biden’s climate alarmism will do more harm than good.”

Most of the climate hype is “vastly exaggerated,” declares Lomborg, the former director of the Danish government’s Environmental Assessment Institute in Copenhagen, and today’s “pervasive climate alarmism is the culmination of persistent eco-anxiety over the past decades.”

“Today, almost every catastrophe is blamed on global warming, and we are being told that we must radically change the entire world until 2030 to avoid the apocalypse,” Lomborg states. “Such irresponsible exaggerations are destroying our ability to make sensible decisions for the future.”

“The much-discussed 2030 deadline to fix climate change relies on an arbitrary policy, and the claim of apocalypse is vastly exaggerated,” writes Lomborg, author of the 2020 bestseller False Alarm: How Climate Change Panic Costs Us Trillions, Hurts the Poor, and Fails to Fix the Planet.

The Paris Agreement — which President Biden just rejoined — “will accomplish almost nothing,” Lomborg asserts, and even in a best-case scenario, “it will achieve just 1 per cent of what political leaders hope to attain.”

It is also ridiculously expensive, he notes, costing a billion every year by 2030 and this cost “would vastly outweigh the benefit to the extent that each dollar spent will avoid just 11 cents of global climate damage.”