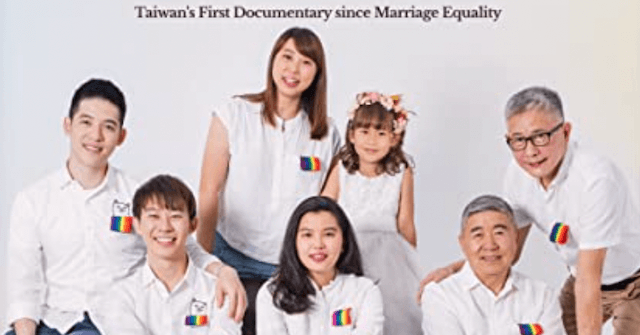 “Those who purchased tickets to Taiwan Equals Love will have the fees refunded,” the Hong Kong cinema originally scheduled to screen the documentary, Broadway Cinematheque, announced in a statement posted to its official Facebook page on June 25.

“The [Hong Kong] Film Censorship Authority did not authorise the screening of the full documentary [sic],” the statement read. “We jointly decided to cancel the screenings of the film, in accordance with our agreed policy not to screen censored films in this program.”

“Directed by Yan Zhexuan, Taiwan Equals Love is the first documentary that discusses the issue of same-sex marriage after it became officially recognised in Taiwan in 2016 [sic],” the Hong Kong Free Press (HKFP) reported on June 26. “The film interviewed and documented the journey of three same-sex couples from the island as they faced resistance from the anti-LGBT communities while legislators worked to pass an act to legalise gay marriage [sic].”

EU-Asia Rainbow Docs “was originally set to screen 12 feature films and four short films about LGBTQI+ communities from different countries between June 30 and July 11,” according to HKFP.

While surveys have suggested a growing acceptance of LGBT rights in the city, with Hong Kong set to be the first Asian city to host the Gay Games next November, many pro-establishment politicians [within Hong Kong’s government] still view the progressive movement as a threat to traditional family values. Earlier this month, [Hong Kong] lawmaker Junius Ho said the Gay Games would bring ‘dirty money’ to Hong Kong.

The “Gay Games” were founded in San Francisco, California, in 1982 and will be held for the first time in Asia in November 2022 when Hong Kong hosts the event. The Gay Games defines itself as a “unique combination of sport, arts, culture, fun” on its official website.

“Though Hong Kong becomes the first city in Asia to host the Gay Games, its record on LGBT rights is still somewhat questionable; gay marriage is still not legal, and there are no anti-discrimination laws over sexual orientation,” Coconuts Hong Kong noted in October 2017 when Hong Kong won its bid to host the 2022 Gay Games.

A court in China’s eastern Jiangsu province on February 9 ruled in favor of the Chinese publisher Jinan University Press, which described homosexuality as a “psychological disorder” in a university textbook published in 2013. A gay student at South China Agricultural University in Guangzhou, a city located 80 miles northwest of Hong Kong, filed a lawsuit against Jinan University Press in 2017 demanding the publisher remove the reference to homosexuality and issue an apology for offending her as a gay person.

“According to a copy of the February 9 appeal ruling seen by Reuters, Suyu District Intermediate Court in the city of Suqian said the description resulted from ‘perceptual differences’ and was not a factual error, upholding a judgment made in September last year,” Reuters news agency reported on February 26.