Jupiter and Saturn, our solar system’s two largest planets, were visibly closer together on Monday night than they have been in 800 years — marking an extremely rare celestial event known as the “great conjunction.”

The conjunction occurs when the orbits of the two planets align every 20 years, but the event is not always visible, and the planets do not typically come as close together as they did on December 21.

This time around, Jupiter and Saturn were just 0.1 degrees apart — less than the diameter of a full moon.

The planets were so close, they appeared, from some perspectives, to overlap completely, creating a rare “double planet” effect. However, while the planets appeared from Earth to be very, very close, in reality, they are still hundreds of millions of miles apart.

The event happened to coincide with the winter solstice and the week of Christmas, but it can occur during any time of year.

If you missed the spectacle, or if your sky appeared cloudy Monday night, don’t worry — the planets will still appear extremely close together in the night sky for the next several weeks, and dedicated astrophotographers are sharing their best shots of the night on social media. 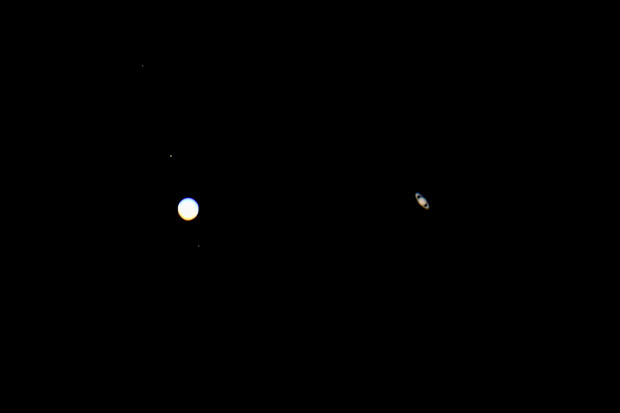 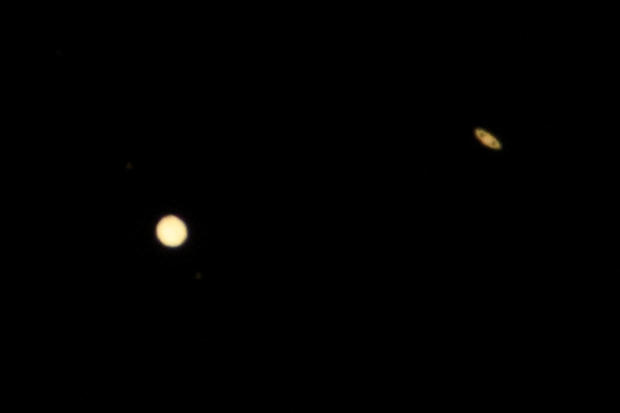 Planets Jupiter (L) and Saturn are seen from the Griffith Observatory on December 21, 2020, in Los Angeles, California. PATRICK T. FALLON/AFP via Getty Images 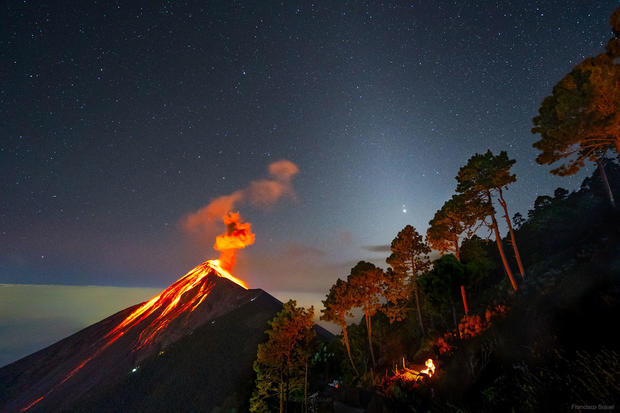 Jupiter and Saturn are visible ahead of the great conjunction, over an erupting volcano in Guatemala.  Francisco Sojuel / NASA Astronomy Picture of the Day 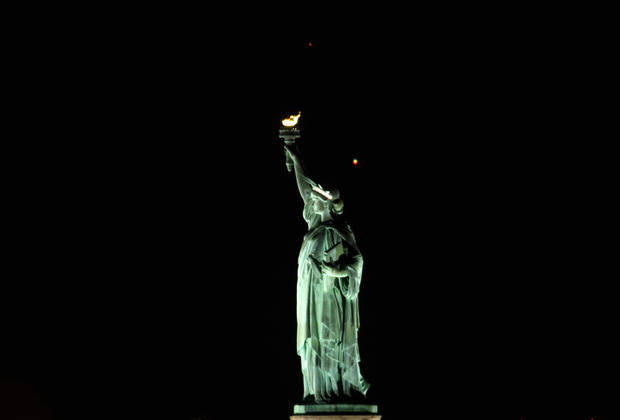 Saturn and Jupiter set behind the Statue of Liberty ahead of their conjunction, on December 17, 2020, in New York City. Gary Hershorn / Getty Images

A photographer captures a triple conjunction of the moon, Jupiter and Saturn from the Alborz Mountains in Iran, after sunset on December 17, 2020, ahead of the great conjunction. Alireza Vafa / NASA Astronomy Picture of the Day 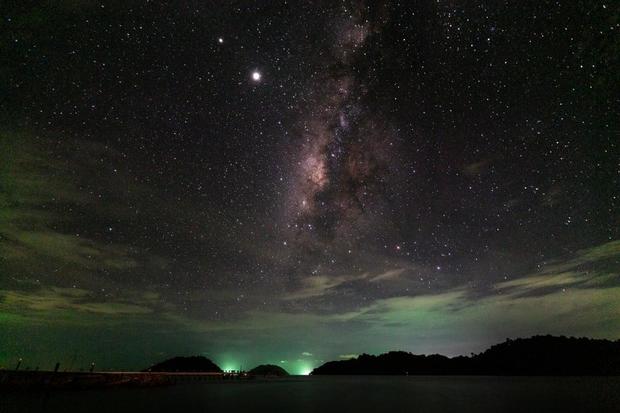 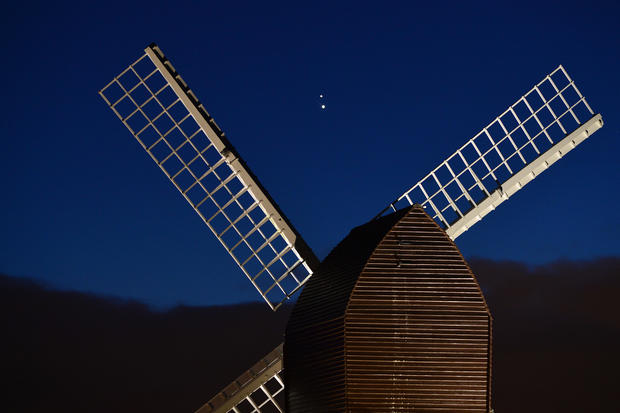 Jupiter and Saturn are seen coming together in the night sky, over the sails of Brill windmill, on December 20, 2020, in Brill, England.  Jim Dyson/Getty Images 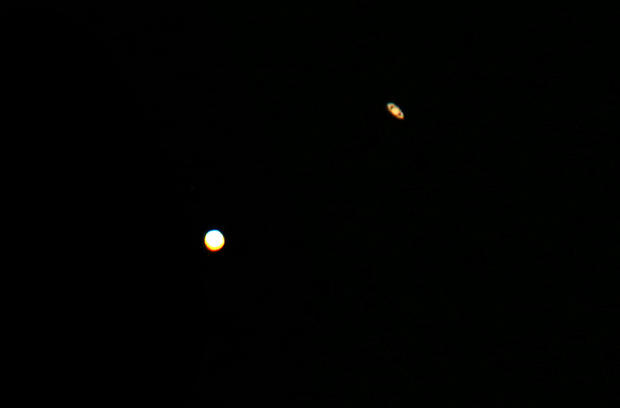 A picture taken on December 21, 2020, in al-Salmi district, a desert area 120 km west of Kuwait City, shows the great conjunction of Jupiter and Saturn. YASSER AL-ZAYYAT/AFP via Getty Images

How to watch the great conjunction

The great conjunction shines bright shortly after sunset, low in the southwestern sky, as viewed from the Northern hemisphere, NASA said.

Through the entirety of December and the beginning of January, skywatchers can easily spot the two planets with the naked eye. They are so bright, they are even visible from most cities.

Jupiter currently appears brighter than any star in the sky. Saturn is slightly dimmer, but still just as bright as the brightest stars, with a recognizable golden glow.

Saturn will appear slightly above and to the right of Jupiter, and even looks as close to the planet as some of its own moons, visible with binoculars or a telescope. Unlike stars, which twinkle, both planets will hold consistent brightness, easy to find on clear nights.

The event is observable from anywhere on Earth, provided the sky is clear. It is easiest to spot along the equator, becoming more difficult to see further north.

One question about Jared Porter exposed big problem in sports

New Videos Emerge From Capitol That Share an Alternative Viewpoint

Joe Biden will do America right by following Trump, not Obama,...

Could Trump Face Impeachment Trial After Leaving Office? 7 Things to...