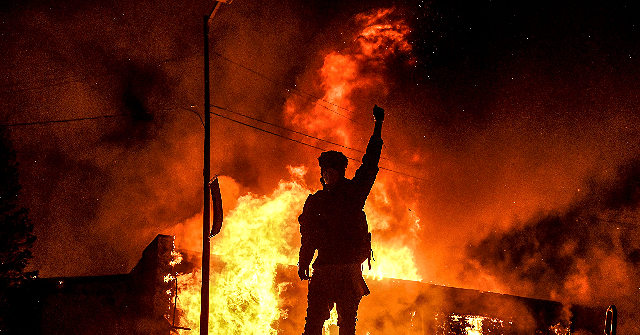 Atlanta and other Democrat-run large cities are seeing an increase in violent crime due to Democrats’ undermining of law enforcement, Rep. Jody Hice (R-GA) said on Thursday’s edition of SiriusXM’s Breitbart News Daily with special guest host Jerome Hudson, author of 50 Things They Don’t Want You to Know.

Atlanta had more homicides in 2020 than any year in over two decades, noted the Atlanta Journal-Constitution. The city had a 46 percent increase in homicides in late 2020 compared the same timeframe in 2019, according to the city’s police.

Axios reported murder rates “rose sharply” in 2020, with America’s most populous cities — New York, Los Angeles,  and Chicago — accounting “for a disproportionate amount of the rise.”

“The issue is rising violent crime in Atlanta,” Hice said, “but I would venture to say probably every blue city in the country is seeing an increase in crime, and that’s because they have embraced a basic philosophy that is erroneous, that somehow it’s a good idea to defund police or attack the police [or] discredit the police, and somehow that’s supposed to help reduce crime. It just makes no sense whatsoever.”

“Of course we need to deal with bad actors who may be in law enforcement,” he remarked. “Bad actors are in every segment of business and society… and they need to be dealt with, but the vast majority of law enforcement personnel are trying to keep communities safe.”