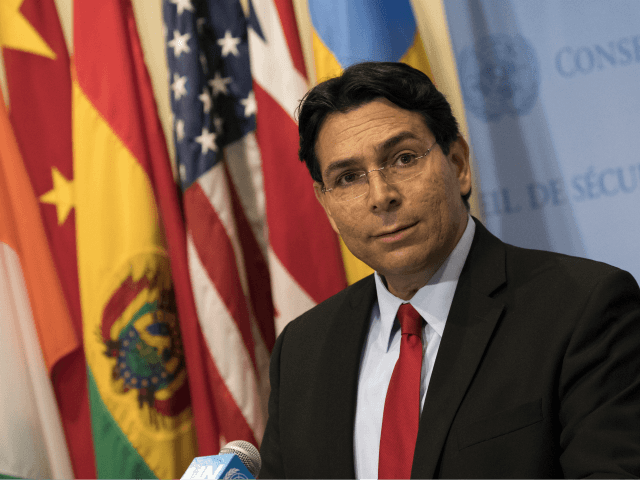 Former Israeli Ambassador to the United Nations Danny Dannon told Breitbart News on Monday that the Israel Defense Forces (IDF) notified people within a building in Gaza holding Associated Press (AP) offices prior to striking it with warplanes.

“This building was an office building in the center of Gaza, and in that  building there were a few headquarters of Hamas intelligence units, and you had some media offices — AP and Al-Jazeera — and we decided to target this building because of information we gathered,” he said. “We notified everybody to evacuate the building. We allowed them to take out all their instruments, their computers, and then we attacked the building, making sure there would be no casualties, so no one can blame Israel for that.”

He continued, “I actually blame the AP. I don’t have any expectations from Al-Jazeera, who collaborated with Hamas many times, but I would expect from AP to check who your neighbors are, and if you have Hamas in your building, to look for another place.”

Danon noted, “Hamas controls Gaza, and many times we’re told that the [reporters] that work in Gaza collaborate with Hamas, deliver the messages of Hamas, and I think maybe that’s why they chose to put their offices in the same building. It was maybe convenient for them to be in the same building. We decided that we want to attack the intelligence headquarters of Hamas in the building, and we made sure there would be no casualties and that’s why we took these decisions.”

Despite Gaza being controlled by Hamas and the organization’s use of civilians as “human shields,” the AP denies having any knowledge of Israel’s claim that Hamas intelligence operatives were in the same building as its offices.