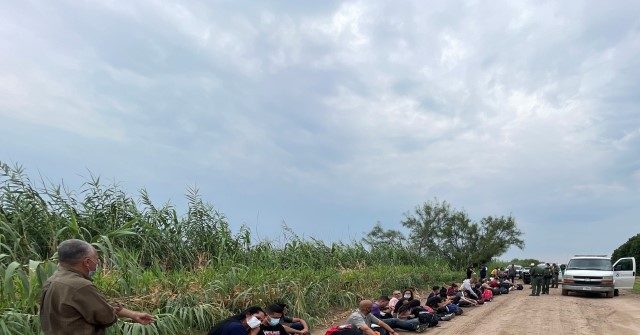 EAGLE PASS, Texas — More than 100 mostly Venezuelan migrants crossed the border in an hour Wednesday, according to a law enforcement source within Customs and Border Protection.

The groups crossed into the United States in the early morning hours without regard to the swift currents of the Rio Grande caused by recent rains. Where migrants once could wade through shallow zones, the river has risen significantly. The area is patrolled by Border Patrol and Texas law enforcement authorities using airboats.

Despite the efforts to keep the groups at bay, the migrants managed to cross and surrender to Border Patrol at several points south of town within a short time frame. Many of the migrants were family units with small children. The Border Patrol transported the groups to a nearby processing center where most will await release into the United States.

As reported by Breitbart Texas, the Border Patrol in the Del Rio Sector (Eagle Pass) is currently experiencing overcrowding issues at many facilities. The surge in Venezuelan and Haitian migrants is coming at a pace that agents are not equipped to handle, according to the source.