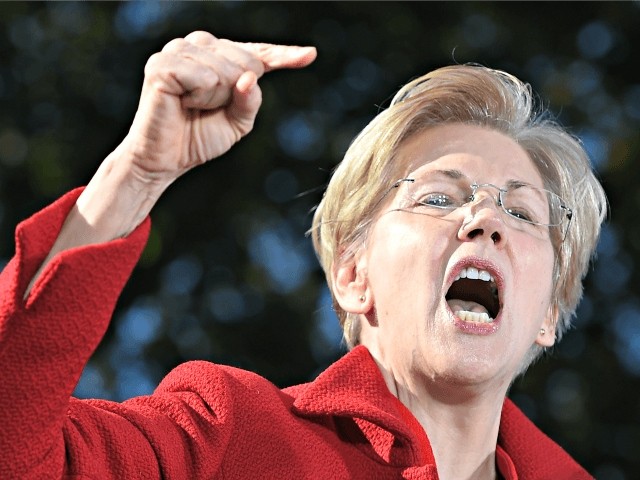 Sen. Elizabeth Warren (D-MA) is using the confirmation of an Obama administration veteran to be the undersecretary of education as a way to pressure President Joe Biden to act on student loan debt forgiveness and other loan reforms.

Biden picked James Kvaal, whose short tenure at the Department of Education under Obama was described on the Career College Central as “vanilla” and Kvaal an official who made “little to no impact on the DOE,” for the post.

But Warren is pushing back, according to the Boston Globe:

“It’s not just me. It’s tens of millions of people across this country that want to see student loan debt canceled. They raise their voices every day and I hope the White House hears them,” Warren said during a brief interview on Capitol Hill on Wednesday. “This is truly persuading one man it’s time to do this.”

In the interview, Warren declined to comment specifically on the Kvaal matter, pointing instead to a brief statement released by her office.

“Our office has had constructive conversations with the department [of Education] about a range of necessary reforms and those conversations continue,” Kristen Orthman, her spokeswoman, said.

The Globe reported that Warren’s mostly behind the scene effort is putting her at odds with Democrats who support Kvaal, like Sen. Patty Murray (D-WA), who is the chairwoman of the Education, Labor and Pensions Committee. The committee voted 19-3 to confirm Kvaal to the post in April.

Madeleine Russak, a committee aide, said in the Globe report:

Senator Murray believes that Mr. Kvaal’s record shows he is clearly qualified to serve as undersecretary of education and has no doubt that when confirmed, he will fight to build a more equitable higher education system for all students — including by addressing our student debt crisis and improving accountability and quality oversight.

The Globe sought remarks from the DOE. A spokesperson for the agency said:

We’ve been working with Senate offices and are encouraged by the conversations and developments around James Kvaal’s nomination. We share the same goals around making the Federal Student Aid office more consumer friendly and an advocate for student borrowers, which is why we’ve taken multiple actions to achieve this goal, including providing nearly $3 billion in targeted loan relief and bringing on Richard Cordray as chief operating officer.

Biden also picked Julie Margetta Morgan to be a senior adviser in the DOE’s undersecretary office — more proof of Warren’s influence over key posts in the Biden administration.

The Globe reported that Biden did not include any student loan forgiveness in his 2022 budget but asked DOE to review what authority he would have as president to order debt be wiped out through executive action.