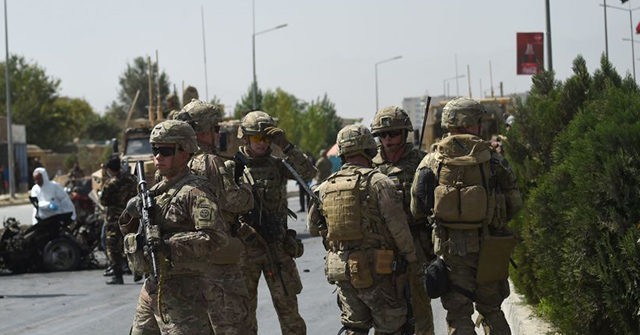 China borders Afghanistan to its west and has repeatedly attempted to create a role for itself in the 20-year conflict there. It has not engaged in any formal military action though, and has failed to gain traction as a significant mediator between the Afghan government and the Taliban jihadist organization. Afghanistan’s location places it in a key location for China’s Belt and Road Initiative (BRI), its plan to build infrastructure connecting eastern China to Western Europe by selling predatory loans to underdeveloped nations then trapping the countries in lucrative deals with Chinese construction companies. Afghanistan is a member of the BRI.

Former President Donald Trump brokered an agreement with the legitimate Afghan government and the Taliban last year that would have seen the end of the U.S. military presence in the country by May 1, 2021. President Joe Biden announced in April that he would extend the war through September, a policy change that preceded a surge in violence nationwide.

The Global Times, which has hinted at a larger role for China in the country following a U.S. exit, suggested Sunday that Beijing has much to gain from prolonged American involvement in Afghanistan, condemning pro-war voices in the United States who allegedly urged the U.S. military to remain in Afghanistan as a deterrent to China.

“Quite a few political and media elites in the U.S. disapprove of the U.S. pulling out its troops from Afghanistan. By hyping that it will create an opportunity for China, the U.S.’ main strategic rival, they are expressing their dissatisfaction,” the state propaganda outlet claimed. “Given the tone of public opinion toward China in the US now, such a narrative may seek to trigger discontent from more Americans, observers said.”

“Actually,” the Global Times piece argued, “Afghanistan is in economic turmoil. And its missions in economic recovery and post-war reconstruction are daunting. Against this backdrop, Afghanistan’s economic cooperation with China is limited.”

The article claimed that America’s withdrawal from the country after 20 years was “hasty” and would “affect the national security of neighboring countries including China, and negatively impact regional stability.”

“In this context, what the US’ withdrawal from Afghanistan brings to China is grave challenges, instead of opportunities,” the article concluded.

The Global Times article is notable in that it clearly states that China has economic interests in China. Most Chinese state media coverage of the Afghan War has focused instead on blaming the United States for allegedly bringing undue instability to the country and on the suffering of civilians, without mentioning China’s interests. In an article published last week, the People’s Daily, the official newspaper of the Communist Party of China, accused Washington of having “caused the deaths of more than 30,000 civilians, injured more than 60,000 civilians, and created about 11 million refugees.”

“At present, the U.S. is the biggest exterior factor of the Afghan issues. The White House shall not duck its responsibilities and get away from it all,” the People’s Daily warned. “Its withdrawal must be implemented in an orderly and responsible manner, and aim at preventing further escalation of violence in the country and preventing terrorist forces from ramping up and creating trouble.”

The Global Times made a similar claim in April that the U.S. withdrawing from Afghanistan after two decades was irresponsible and dangers, sternly opposing an end to the U.S. presence there.

“Some analysts believe that the US withdrawal from Afghanistan is to transfer its attention to superpower rivalries,” the government newspaper asserted, “But its withdrawal is shirking a massive responsibility and could worsen the chaotic security and political situation in Afghanistan, and even foment extreme terrorist forces around the world.”

The Chinese Foreign Ministry itself also described the withdrawal after 20 years as “abrupt” and appeared to urge further American military activity on its border in remarks this month.

“China calls on foreign troops in Afghanistan to take into full account the security of people in the country and the region, pull out in a responsible manner and avoid inflicting more turmoil and suffering on the Afghan people,” spokeswoman Hua Chunying said.

Pentagon officials have warned for years that Beijing uses the BRI to expand its influence in ways that threaten American interests.

“China uses its ‘One Belt — One Road’ initiative as an economic lever to provide access and influence across the Central Region [of the Middle East and Afghanistan],” former commander of the United States Central Command, now-retired General Joseph Votel, said in 2019. “For China, economic power is the primary tool, and while many ‘One Belt – One Road’ projects do not pose direct threats to U.S. national interests, burgeoning Chinese economic power could support and mask longer-term military and political objectives.”