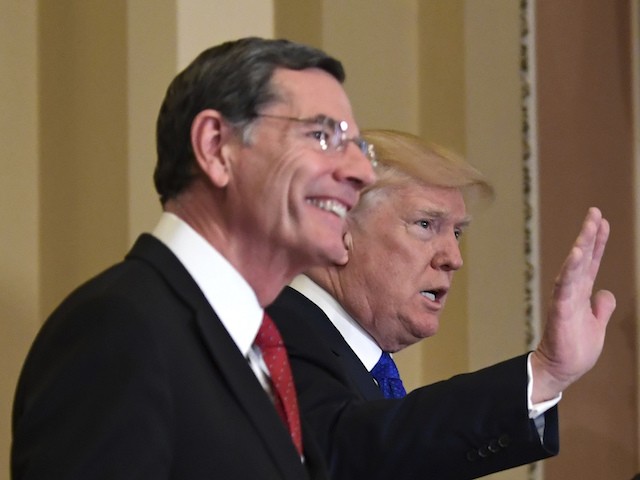 During an appearance on this week’s broadcast of FNC’s “Sunday Morning Futures,” Sen. John Barrasso (R-WY) warned that increasing spending on the EPA and other domestic programs, and by not matching China on defense spending increases, President Joe Biden was making the United States was more vulnerable to its enemies.

“Joe Biden has always said, and Nancy Pelosi has said, if you want to know someone’s values, their priorities, look at their budget,” host Maria Bartiromo said. “And there is no increase in spending on homeland security. There is no increase in spending on defense spending. He’s got a 1.6% increase in defense spending, but that would be negative when compared to inflation. And he’s got a 22% increase to the EPA, a huge increase to education. Your thoughts on this budget, $6 trillion budget on year one?”

“Well, it shows by that definition of, to know somebody’s values, look at their budgets, Joe Biden — and hear me clearly — Joe Biden does not value our nation’s security or our military, because the budget that he has applied to those two is even less than the rate of inflation,” Barrasso replied.

“And he has massive increases in his budget for the EPA, for human services, all of those sorts of things,” he continued. “But, at the same time, Maria, China is really ramping up its spending on the military. So what we’re seeing here is, with the president’s priorities, he is making us, America, much more vulnerable to enemies from within, as well as from without.”