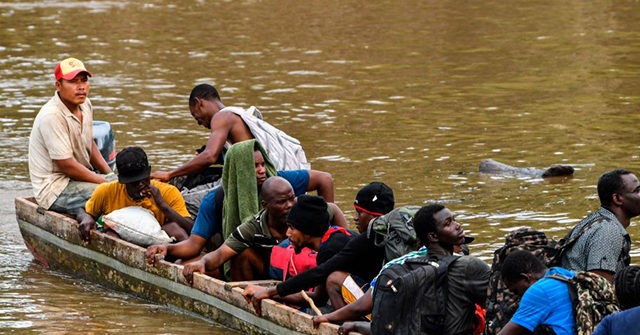 On Monday, more than 2,000 Haitians illegally entered Mexico near Tapachula, Chiapas, along the Guatemalan border. The Haitians sought refuge with the Comisión Mexicana de Ayuda a Refugiados (COMAR).

According to a recent Haitian news article, the migrants seeking refuge in Mexico are disregarding COVID-19 protocols by not wearing masks and are failing to socially distance. According to COMAR, more than 9,000 Haitians have entered Mexico in 2021. Haitians are second only to Hondurans in the tally of those entering Mexico illegally over this period.

The Haitians claim they are fleeing violence and poverty. Nearly 2,500 applied for refugee status in the last two weeks, according to COMAR. The recent assassination of Haitian President Jovenel Moise further complicates the political and social landscape in that country. This will likely lead to more unrest and migration away from the island.

Once registered for refugee status in Mexico, Haitians are free to travel within the country. Historically, the ultimate destination for many is the United States.

Many Haitians spend months and years in Mexico before reaching the U.S. Often, Haitian family units arrive with children born away from their home country.

One family spoke to Breitbart Texas about their journey. Meelios, his wife Samantha, and their young daughter, entered illegally near Del Rio, Texas. After being released by Border Patrol, he recounted the more than two-year journey.

He says he left Haiti in 2018 aboard a ship destined for Panama. From there, he and his wife traveled to Chile, where his two-year-old daughter was born. The family’s journey took them on to Nicaragua and through Central America before Mexico and eventually Texas. He says friendly people and odd jobs sustained them.

Del Rio, a small West Texas community, will likely see the bulk Haitians who intend to seek asylum in the United States. Currently, the Border Patrol there leads the nation in the apprehension of Haitians. The influx is unlikely to slow anytime soon.